I am not good enough because I don’t know yoga philosophy!

I am better than everyone else because I know yoga philosophy!

Those statements are sad, however, there are people in the yoga community who say/think these statements. The flaw in this thought process is that we need yoga to extract the full meaning out of life. You are already perfect, and an internal feeling of peace and clarity within is step one of spirituality. Without that foundation, even the deepest knowledge of yoga philosophy won’t help you ascend into higher consciousness.

Also, this creates a limited view of esoteric practices that puts yoga on an unneeded platform. There are many different paths to high consciousness, and you many of them don’t require any knowledge of yoga philosophy.

So… Do you need yoga philosophy?

However, without a synthesis of intricate systems of philosophy true enlightenment will never be possible.

Imbalances and Philosophical Neglect in Yoga

Too much asana, pranayama and meditation without objective activities like reading, writing or hard mental work leads to a right brain imbalance.

Giving too much power to teachers and gurus, falling prey to corporate yoga advertising/MLM affiliate schemes and not seeking knowledge outside of yoga is a common occurrence in the yoga community. These are all traits of a right brain imbalance. The one way to balance this out is to stimulate the objective mind with real-world learning, ideas, and solutions.

In my estimation, over 90% of yogi’s spiritual time is spent on the subjective practices such as asana, pranayama meditation. On the objective side, the average leader in the yoga community possess a basic knowledge of yoga philosophy, a few Buddhist concepts and mixes them with a new age slant based on spirituality. However, the eastern mind is one half of the true whole esoteric brain. When was the last time the Qabalah, freemasonry, quadrivium, sacred geometry or other occult systems popped up on your social media feed from your favorite yogi?

Why? Do we have everything figured out with yoga? It doesn’t seem like it. Or are we hiding away from the true shadow work that the occult brings? Yoga promotes the mystic middle path but seems to avoid the left hand and right-hand path. The subconscious mind exists inside of every one of us, and preventing it or obliterating it through yoga techniques aren’t the solution. Yoga philosophy and eastern practices, in general, are great at eliminating parts of our self that no longer serve us.  However, we are encouraged to think the ego is wrong and that the ultimate goal is to eliminate the whole self. HA! As a hermit that may be possible, but this elimination mindset leads to pain, disillusion and a fragmented self in modern society.

The true initiate seeks to experience life more in every way from a place of connection and love. What is the point of non-attachment when you are connected to every energy source in the whole universe? You can never escape attachment to that! It is common sense you shouldn’t attach yourself to silly things like money, bad relationships, careers and situations you can’t control. But making that into a life philosophy is not what an integrated occultist or yogi does.

Under the standards of the Yoga Alliance, the trainee should engage in 30 hours of yoga philosophy/lifestyle in their 200-hour training. However, most yoga teacher trainings don’t require you to read any substantial books in full. At most, you read a short version of the Gita or Yoga Sutras, and a small book or two explaining some ethical or mythological aspects of yoga. During the training, a teacher lectures on some of the foundational elements of the history and purpose of yoga. Most yogi’s whole basis of esoteric philosophy is based off these 30 hours and a few new age pop self-help books they read.

Reading a few introductory books and listening to a few lectures will not set you up with a system to ascend the ladder to higher consciousness. Unlocking the potential of esoteric system is a skill, and once you gain a certain level of mastery over one, you can use many of the same tools and techniques to gain mastery over another. Our community is yoga is saturated with leaders without knowledge over one system.

Why is this? One of the axiomatic reasons for this is the emphasis and proliferation of moral relativism in yoga and modern society. The internet encyclopedia of philosophy defines moral relativism as “the view that moral judgments are true or false only relative to some particular standpoint (for instance, that of a culture or a historical period) and that no standpoint is uniquely privileged over all others. ” Moral relativism is the denial of fundamental spiritual laws or truths, which defies the philosophy of almost all esoteric traditions.

“It’s all a matter of perspective!” or “It depends on how you look at it.”

“Nothing is real. This is all a illusion.”

“This is a dream world.”

“We need to accept everyone and their belief systems.”

“You need to find your own personal truth.”

Now, all of these statements contain profound insight and can provide remarkable revelations when meditated upon. Viewing the world through the lens of a dream or simulation can help expand your imagination and break out of what we’ve been told “reality” is. Empathy and consideration of others perspectives/belief systems are vital to a seeker’s evolution and will provide keys to further knowledge. Contemplating the fragmentary/holographic nature of reality creates a deep rabbit hole that is super fun! A “personal truth” or “life purpose” is vital. However, a personal truth or path has nothing to do with Truth with a capital T.

Truth does exist. Truth is wave functions that collapse into point particles that form the present moment. Truth has existed in the path as present moments, as events that actually occurred. The future exists as wave functions of possibility. The most dangerous lie in yoga is that truth doesn’t exist. In my first podcast ever, I discuss truth and moral relativism in yoga at length.

The “My Enlightenment” Movement in Yoga

When was the last time you heard about the quest for Truth in yoga?

Never! We are in the age of the “my enlightenment” movement in the spiritual world right now. Aligning yourself so you can connect with yoga’s global consciousness and help improve the world is not a priority. An individuals “enlightenment” where they feel good, connected and at peace is of the highest importance. Healing yourself before helping others is a smart idea, but never getting out of that phase is a mistake. Dormant fears and limiting beliefs push yogis to run to yoga retreats, India, kirtan festivals, pop new age self-help books, trendy yoga fashions and other “my enlightenment” staples. Nothing is wrong with these things, but they should be a way to aid an effort toward The Great Work.

A deep understanding of any philosophical system will put you on a path with a purpose. However, a lack of reading and critical thinking in yoga creates a community with no purpose. What would happen to a ship without a crew or course and an engine turned on? It probably wouldn’t make it out of the harbor! How often does a boat with a crew, set course and working engine not reach its course?

What is our end goal in yoga? To make everyone more conscious? World peace? The end of world hunger? These are real responses from people, but they don’t realize these are vague responses that aren’t a real destination. Affirmations rarely manifest without a specific, clear sensory model. Any system of philosophy teaches you to build accurate and clear neural models, and from that, you can pinpoint a model toward a realistic goal. Instead, we are a fragmented community with no real heroes, villains, failures, and triumphs.

The Journey of the Hero in Yoga

Where are our Luke Skywalkers and Frodo Baggins in yoga? Who is using the power of this system to confront more significant problems in the world? Adventuring in foreign countries is great, but a real adventure is one where you are tested and pushed beyond your limits. Do you test and push yourself beyond your limits for a cause larger than yourself? One that isn’t based on politics or menial things, but a test of your imagination to transcend its boundaries and create a profound change in the world. Worrying about politics or dumping time into small causes won’t manifest significant results. Leaving your home (routine, comfort level,) and fighting against your metaphorical death star should be all yogi’s goal. All heroes must develop a belief in themselves and an imagination that knows no limits. What if Luke Skywalker wanted to get better at farming? There would be no star Wars! Without a hero’s mindset and an imagination, a plan to save the Princess from a random hermit named Ben Kenobi, or a plan for a little hobbit to destroy a ring of power sounds insane. With an understanding of philosophical systems, a yogi will better be able to see the universe showing an invitation to a heroes journey.

Read books, spend time in nature and wait for the white rabbit. When it shows up, follow it. You don’t need yoga philosophy to succeed on that journey, but multiple systems of philosophy (yoga philosophy is an excellent choice to put in that mix) make your chances much better. Study whatever your heart puts in your path, and don’t fall into a dogmatic single-minded focus on one.

Be courageous and set out on a mission to change yoga and the consciousness of the world. You don’t need anyone’s permission, just a heart that gazes at beautiful sunsets that signal a new adventure on the horizon. 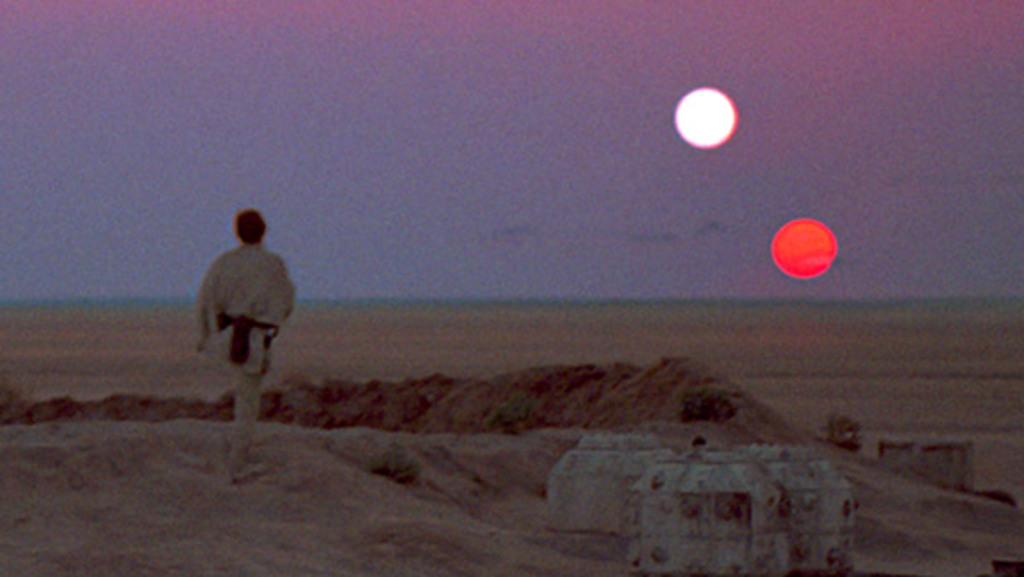 If you want to dive deeper into Yoga Philosophy, a few months ago I released a free eBook that lists the ten best books in yoga philosophy. Modern and classical texts are included. For the classical texts, I provide 3-5 translations of each texts or different purposes. Examples are translations for beginners, academics, short translations and translated rooted in a certain tradition. All the modern texts in the eBook are amazing, and most people find two or three books they’ve never heard of before. So if you’re a big reader like me, and want to dive deeper into mastering Yoga Philosophy grab a copy!